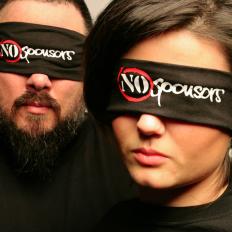 Active Member was created in June 1992 by B.D.Foxmoor. Nowadays, the group consists of B.D.Foxmoor himself and Sadahzinia. Within the year 1992 B.D.Foxmoor had founded a production team which went under the name of Freestyle Productions through which the first ever greek hip-hop album called Protest was independently released. B.D.Foxmoor had recorded this album back in the year 1993 without either having any excessive of technical support and nor any knowledge of musical background. Afterwards, he gathered a number of people, called Radicals back then, and organised them so that they would support the whole effort. Besides, doing hip hop back then with greek lyrics was something quite strange and odd that couldn’t fit in the music of the time.
Since then, Freestyle Productions has released a great number of albums either as an independent label or in cooperation with multinational companies. Indeed, by the beginning of the year 1995, Active Member attracted the interest of record companies and as a result they signed a contract with Warner, being the first greek hiphop group to do so. In a period of few months, the third record of Active Member had been released, the album called The Big Game, which managed to make the group much wider known. From that time on, Active Member dared by excess to name the hip hop they themselves represented by calling it LowBap, defining that means the direct relation that word has with life. Since 1993, Freestyle Productions and subsequently B.D.Foxmoor and Active Member have been part of more than 120 record releases. In the year 2011, their 16th successive studio album had been released bearing the name At the extremity of the mutes. They have appeared in more than 600 live shows and concerts in Greece but also in countries like England, Wales and Germany.

Other activities: 1. The annually LowBap Festival has been established since 1993, located mainly in the west of Attica but also spreading in the province by special live acts. This festival, apart from the concerts, aims at the communication and the feedback between the audience and Active Member, getting known all the lowbap news, as well as rendering aware of the hiphop history and background so that the clichés could be rejected and the codes be assimilated. Twelve official LowBap Festivals have been already organised and many more of a smaller range on the province.

2. The radio show called Dream Diary was launched by Active Member in August 1998, programmed at Rock FM and with its 73 continuous broadcasted shows, has left its mark upon the radio world. Relaunching again in April 2002 at En Lefko radio station, the show continued broadcasting, page 74. Six months later it was stopped once more, besides its big auditorium. Dream Diary started broadcasting again on the 17th of November 2003 through Skai FM, and it could be interactively heard via the internet by many people across the world. The show, in spite of its huge success in several places in Greece and people’s participation was cancelled off just before the Athens 2004 Olympic Games.(!)

3. Active Member, having already an experience in publishing fanzines like Radicalistic which circulated from 1993 until 1995, they started up the pressing of another one called Dream Diary. Through the pages of Dream Dairy, many people including journalists could find a step to express their thoughts and of course Lowbap and its news had a way to be spread. The fanzine was distributed for free through record shops, bookshops and also at the Freestyle Production base in Perama. Many ideas concerning new publishings are being discussed.

4. Blame It On The Fire was the name of a book published by Ellinika Grammata Editions back in 2000. It contains all B.D.Foxmoor’s lyrics up until 2000, as well as some unpublished photographs. This book has already been printed four times. By the year 2006, another book was published by KΨΜ Editions bearing the name Blame These Too On The Fire. In a way, this one was a continuation of the previous one, containing lyrics now written from 2000 until 2006. These two books were just the beginning as many more filled with lyrics, thoughts and articles followed. (Read more in Books category).

5. The 5th of February 2001, is the date when Active Member inaugurated in Perama the first ever hiphop record shop in Greece by the name of Intro. By the years, Intro was incorporated within 8ctagon.

6. Active Member have prepared the soundtrack of a long feature film called Bar, plus the music for a short one by the title of The Cement Doesn’t Feel Sorry. On the top of these, they have undertaken the music score of the movie Still Looking for Morphine, awarded at Thessalonica International Film Festival. By the winter of 2012-13, another film will possibly be released, bearing the title of Winter.
It’s a greekbritishpolish production in direction of Costas Coutsoliotas and music production of Active Member. Likewise, they are responsible for music production of documentaries such as the follows by Stelios Couloglou: Hitman: Confession of an economic killer and Oligarchy, as well as the one called Catastroika shot by Ares Chajistefanou and Caterina Citides.

7. A bookshop called Timecrack was inaugurated in Perama in December 2002 by the group.

8. Since 1993 and afterwards, B.D.Foxmoor has resumed the music production of more than 1000 tracks participating by writing lyrics and rapping in most of them.

9. In the year 2003, Sadahzinia officially enters the group of Active Member. Sadahzinia participates in all Active Member live concerts, but also in the studio by playing keyboards, percussions and of course rapping already since 1994. Her first three solo albums were released by Warner. In 2003, along with B.D.Foxmoor, founded 8ctagon, that is, an independent label which mainly undertakes record releases but also enabled with visual material production and live acts organisation. Therefore, within her own label, Sadahzinia has released, starting up in  September 2003, all her next solo albums, with the last one being named Sarma. She herself has a healthy dislike for the so-called ‘rules’ which define the acts of a person involved with hiphop music. For instance, in November 2001, she published the fairy-tale named The Beautiful Vasiliki (Castaniotis Editions) written by herself, and ever since she continues publishing her own ones as well as translations of the work of other writers. With regards to her books’ presentations, she organises each time a whole series of events taking place in various places (bookshops, schools, etc) where she presents an original theatrical play in her own words and with a large participation of children. During the summer of 2003, a theatrical play of hers was presented at Petras Theatre in cooperation with Municipality Of Petroupolis; The Wizard Of Fire had come to life accompanied by a live symphonic orchestra and a DJ. This tale has also been released in book media, printed and distributed by Electra Editions and illustrated by the well-known sketch artist Stathis. She has taken care of all B.D.Foxmoor’s lyrics books, was a columnist for a known newspaper for some years and in the meantime she was holding some permanents columns on a weekly basis on a children newspaper. She has also written some articles in various magazines.
By means of discography and live performances but also with several more spontaneous actions, Active Member leave their trace and act decisively to the socio-political matters being unfolded around them. At a time where reason in general and not only the political one, does not easily find a right background to be expressed, Active Member march on their path keeping their values and securing the meaning of Lowbap, that is, supporting your word with your life and vice verca.

2011
Ston vouvon tin eschatia (=At the extremity of the mutes)

2002
Perasma sto akroniro (=Passage to the edge of a dream) 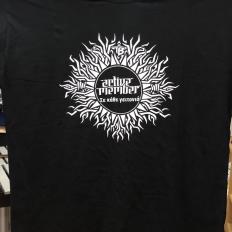