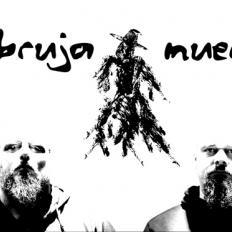 La Bruja Muerta project consists of B.D.Foxmoor and Jamoan. B.D.Foxmoor (Michalis Mitakides) of Active Member and Jamoan (Akis Theotokatos) started up this project meaning actually the dead witch, with the only motive to have something to hear when they join. Eventually, this project turned out to be a trilogy of albums, all released by Imantas Label.
The ‘dead witch’ concept had firstly begun like a tale (it can be found fully orchestrated in Sadahzinia’s Sarma album). Afterwards, -and according to the tale-, the in line tracks of the first album had lay like a ‘curse’ upon the two contributors while, during recording, they both suffered injuries, broken legs the first one(!) and arms the other one(!). Later, after the ‘curse’ had gone and the witch died for good, the first part of the trilogy was completed and quickly the next one was about to begin…

In mid-February 2011, the first double album of this project was released by Imantas Label bearing the title The Words that Circled the Darkness. B.D.Foxmoor along with the rush of the city and the memories of the darkness of his life, and Jamoan, with the breeze of the sea at Syros’ ship construction zone where he lives for the last two years and having deep inside him lowbap’s feeling, meaning and sense, meet together in order to create some run-away, dark ballads strongly characterized by the sound of guitars, violin and of course, voicing. Michalis Mitakides involved himself in more than 140 record releases since 1992. Jamoan (Akis Theotokatos), on the other hand, is present in almost every lowbap track including a guitar –and this number is not a negligeable one indeed! He has managed to discover his own personal sound which hits directly to the audience’s heart. Michalis’ lyrics, being deeply personal, feel the present and are most of all fully aware of the times. In this way, all the material born from this need managed to create a trilogy released in less than a year’s time. The second album came by the title Winter as it also consists of the soundtrack of the film of the same name directed by Costas Coutsoliotas (http://www.youtube.com/watch?v=fxQNBxP-RFQ&feature=plcp). As for the packaging of this album is a completely different one, being a blank-paged hard-cover book which awaits to be filled with thoughts, drawings and whatever else expresses a person. The third part of the trilogy comes along with the name Last Free Days; an exact sample of its time and days. To be precise, its music and lyrics were prepared in just a few days in February 2012.

La Bruja Muerta (B.D.Foxmoor & Jamoan) has already toured in many places across Greece presenting this trilogy and these nights unfold, undoubtedly, a unique magic which leaves its spells to act indirectly and very drastically indeed among the audience. Whoever has watched a live act like the one described, he would definitely had felt it. Within La Bruja Muerta project, the atmosphere completely stands out from any other music project introduced by LowBap. 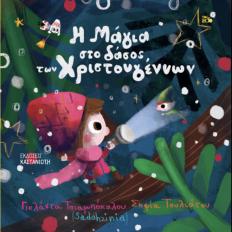