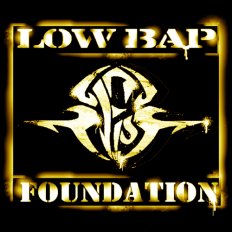 A whole group of friends, people from all over Greece and not only, have gathered around some loose moments with the camera on hand. Moments about what we have chosen to say that we do. About lowbap. Thus, by getting all these moments into a pretexted order, we ended up with a documentary film. We didn’t wish to entrust this whole effort to a professional, with whatever cost, believing that in this way we would come nearer to our soul. The documentary works as a lengthy reference to all Freestyle Productions activities, as well as at Lowbap’s most important stops within these eight years, from 1992 till 2000. More precisely: It contains interviews and views from groups which have collaborated with Freestyle Productions. Indeed, Sadahzinia, ASV, Kaka Mantata, Relika, Vavilona, Brigada and the rest of Lowbap Sessions leave their own mark and state their opinion and dreams about lowbap. They declare both their start and activities within lowbap as part of Freestyle Productions.

Most of these groups have lost perhaps their relation with the path of lowbap for a long time now. Nowadays, they are not represented by the views they themselves stated on camera back then, but the only one responsible for that is, of course, themselves. The extracts from the various discussions taken place during the Low Bap Festivals have some special interest as well as the ones between Freestyle Productions founding members. Active Member is definitely one of the main ingredients of the documentary. Furthermore, there are video extracts of some video clips shot during these years and also some bloopers of them. A big part of the documentary is dedicated to the video recording of some live concerts taken place across Greece as well as some extra scenes during sound checks and from the backstage area. Some studio and recording procedure moments are also present. Extracts from the radio show called Dream Dairy (Rock FM) broadcasted for one and a half year could not be missing. There are some tribute clips to graffiti, to Andronicos with his metal constructions and to Perasma Studio started up by B.D.Foxmoor. It includes some scenes from journeys to London for collecting vinyl records as well as the ‘megales stigmes’ (=big moments) which couldn’t be shot a second time extracting the same cheerfulness and laugh. The, until then, full discography is also presented analytically. Last but not least, there are some videos dedicated to situations which, either way, will stay vivid to our mind and heart; Pirovatis being the most important of them.

The documentary is on release since Christmas 2000 on videotape format while its production and distribution was taken over by Warner. Nevertheless, it has been out of stock during some years now, but you might find it at specialised videoclubs for rending. Its running time is two and a half hours. This documentary is not a historical one, it is just lowbap. It is not destined to those who don’t understand, it is for us for not being forgetful. It is not an objective documentary; it is a lowbap documentary.