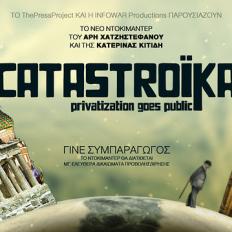 Catastroika searches the consequences of a total disposal of a country. Examining various examples of privatization and destabilization taking place in the most developed western countries, it tries to foresee the results of applying this model on a country being under financial occupation. Once more, the documentary will be released online under creative commons license. The free distribution of Catastoika does not concern just an obligation towards our co-producers but, moreover, it’s a deeper, or even philosophical if you prefer, belief of ours that each product of intellectual creation should be freely accessible to all. The current economic system, while based even more on the production and management of information, is also incapable by nature to find a way securing the same information creators’ remuneration. This is perhaps one of the many dead ends in the development of the economy’s productive forces, which may soon threaten the current financial system’s foundations. Because, as we might be aware of, every economic system which has prevented the development of the productive forces fell apart – and you can ask the feudalists about that… 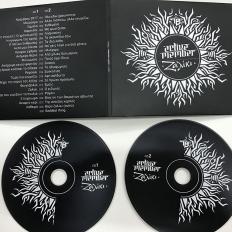